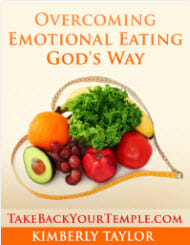 Get my New Book

Rebuking the Spirit of Rejection

What is your Story?

My Reality Check about Suffering

The 1 Thing Self-Disciplined People Do

See if you can recognize the difference in this story.

He admired his older friend’s skill, fitness, and grace.

He envied how the crowd “Oohed” and “Ahhed” as his friend navigated a thin rope several feet high in the air.

He saw how his friend drank in the crowd’s thunderous applause after he completed each dangerous stunt in triumph.

The man didn’t feel good about himself and he thought the key to change was getting the crowd’s approval. After all, he thought, that’s what his friend had and he was the most confident man he knew.

So one day, he told his tightrope-walker friend that he noticed a wire between 2 buildings downtown and he intended to walk across that.

He was going to do it during the lunch hour when there would be lots of people around to see and applaud him.

“No!” The experienced tightrope walker said,”You’ve never even walked across a stick on the ground, never mind a tightrope. Let me train you. First, you’ll begin with a beam on the ground. That will start to train your balance.

Once you master crossing that, then we’ll raise the beam off the ground a few feet. We will keep raising the bar as you improve, giving you more complicated crossings to build up your skills. With time, you will learn to become an experienced tightrope walker too.”

The man frowned. “That’s too much work! It will take too long. Plus, there is no crowd around to see me practice. I want that love and approval you get.”

The friend shook his head. “You are only seeing the end of my story. You didn’t see the work it took to get here.

I spent hours training – even when nobody was watching, even when nobody applauded me. I practiced every day. Sometimes, I even fell off the beam! But I got back up. If you want to become a tightrope walker, that is what you must do.

Plus, I don’t do this to get the crowd’s approval. That only lasts a short while anyway. I am doing this because I love to do it. Friend, you need to approve yourself right now for who you are – not because of what you do.”

But the man left the experienced tightrope walker, thinking he was going to do the stunt anyway.

He wanted the shortcut to applause, not all that work and practice his friend talked about. Surely there was an easier way to becoming a professional tightrope walker!

He was going to find that easier way.

A few weeks later, the experienced tightrope walker was shocked to see the man’s picture on the news. But it was not a happy news story.

The man had attempted the tightrope walking stunt. However, he did not get the applause he was seeking. He only got the reaction of a horrified crowd as he fell to his death.

This man’s story illustrates an important key to self-discipline – 1 key that he ignored. Did you guess what it was?

You can find a clue to self-discipline in how God Himself operates:

For I know the plans I have for you,” declares the LORD, “plans to prosper you and not to harm you, plans to give you hope and a future (Jeremiah 29:11).”

Did you notice the word “plans” was mentioned 3 times in this scripture?

Our God is a thinking, planning God! He does not act on impulse. He works a plan.

They allow life to “just happen” to them.

Their moods rule them or else, they allow outside influences to pull them in different directions.

Subconsciously, they think success is just going to fall into their laps, like winning the lottery.

But for the disciplined person, it is a different story. They focus on moving forward, not looking backward.

They have a clear picture in their minds of what they want, seeing the end from the beginning. They see what they want in action, in living, breathing color.

Then, they develop a plan for getting there. They take on the attitude of a student. They may make mistakes, but they learn from them. They may have to adjust their plan, but they keep their picture before them mentally.

When someone tries to persuade the disciplined person to act contrary to what they want, they just say “I can’t do that. I’m working a plan.”

A disciplined person is usually a person of integrity. Most do the right thing, even when nobody is watching. They keep working their plan, even when no one else is around to applaud them for it.

Don’t fool yourself; success is never an accident.

However, failure often is.

Although you may not have seen it, that successful person you admire worked a plan to get where they are.

If you want to become more successful, then you too must become a person who works a plan every day. Never start your day without a plan.

Remember: The main reason that people fail is because they never work a plan to succeed every day!

Today, decide to become a person who “works a plan.” And you too will succeed.

Author of the Take Back Your Temple program

P.S. When it comes to weight loss, do you often know what you should do but have a hard time doing it? You are not alone! I struggled with this issue on my own weight loss journey, but I discovered that “Nothing is different until you think differently.”

In the Take Back Your Temple program, you will learn how to think differently through Biblical keys that help you overcome obstacles. You’ll discover how to win the Spiritual and mental battle that often causes us to become inconsistent and get off-track on our weight loss journey.

This is must-have information if you are tired of dieting and are ready to succeed permanently.

Kimberly Taylor has a heart to encourage others struggling with emotional eating and weight loss. Once 240 pounds and a size 22 herself, she can testify of God’s goodness and healing power to overcome. She dropped over 85 pounds through renewing her mind with Biblical principles.