When emotional eating weighs you down, it is time to look UP!

Get my new book 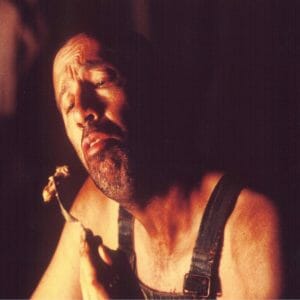 The Esau Bible story in Genesis 25:29-34 is another great warning about how not to respond to eating temptations.

After I wrote ‘What Eve Believed’, I was intrigued by others who made wrong choices about food in the Bible.

Why did they make the wrong choice?

You can learn from their situations so that you can make the right choices and achieve better weight loss results.

Who was Esau? He was Abraham’s grandson, Issac’s son, and Jacob’s fraternal twin brother.

Esau’s food problem happened when he was caught in a vulnerable moment.

But he wouldn’t have made the wrong choice if he valued what he had from the beginning.

Now Jacob cooked a stew; and Esau came in from the field, and he was weary. And Esau said to Jacob, “Please feed me with that same red stew, for I am weary.” Therefore his name was called Edom.

But Jacob said, “Sell me your birthright as of this day.”

And Esau said, “Look, I am about to die; so what is this birthright to me?”

Then Jacob said, “Swear to me as of this day.”

So he swore to him, and sold his birthright to Jacob. And Jacob gave Esau bread and stew of lentils; then he ate and drank, arose, and went his way. Thus Esau despised his birthright (NKJV).”

A common saying is that you shouldn’t make important decisions when you are hungry, angry, lonely, or tired. In Esau’s case, he was both tired and hungry!

What was the birthright? In the Israelite law (written later in the scriptures), the firstborn son’s birthright was to receive a double portion of what His father had.

Even though they were twins, Esau was the firstborn. Issac had received Abraham’s blessing and Esau was next in line.

The Lord’s blessings upon Abraham were to:

So Jacob was asking Esau to trade all of those permanent blessings in exchange for a temporary bowl of stew.

I say temporary because food:

The birthright of course!

He likely never considered what possessing the birthright would ultimately mean for his family’s future.

Instead, Esau played a mental trick on himself because he was only thinking about satisfying his own flesh at the moment.

Now, was Esau really going to die if he didn’t eat that bowl of stew right then?

Esau was strong and healthy enough to have been working in the field moments before.

So he couldn’t have been about to die, could he?

Instead of taking Jacob’s bad trade, Esau could have:

He had alternatives. Since other people lived with them, including their mother and father, none of them would have let him starve to death.

So Esau told himself a lie because he valued pleasures he could get now (the stew) above pleasure he could get later (the blessing).

If he had valued his blessing, Esau would not have given it away so easily and cheaply.

What Esau did is called ‘’delay discounting’ in modern terms.

Researchers once did a study of people who overeat regularly versus people exercised self-control with food. They found only one difference to separate the two groups:

The overeating people diminished the benefits of waiting on future benefits, like Esau. In contrast, the people who exercised self-control valued future benefits above temporary gain.

When it comes to health and weight loss, here are some future benefits that may await you. God’s will for you is stated in 3 John 1:2:

Beloved, I pray that you may prosper in all things and be in health, just as your soul prospers.

These benefits are included in your health birthright:

Take a moment to consider if you are making an ‘Esau’ mistake:

How often do you think about your health birthright and the benefits of it? Do you often imagine the feelings you would have when you take possession of it?

Do you consider what possessing the health birthright would ultimately mean for your family’s future?

If not, take a few moments do that everyday.

This will help you make wiser choices when the enemy offers you a bad trade.

Imagine possessing your health birthright fully. What will you be able to do, have, and share having it? See it and feel it in your body!

If you can’t see it, then ask the Lord to open your Spiritual eyes so that you may see.

Ask the Lord for wisdom as to what you can do to make wiser choices in your health. Then listen for the inner promptings of the Holy Spirit.

When He tells you to do something that will change your health for the better, do it immediately!

The more you ignore the Holy Spirit’s effort to help, the more it will be harder for you to hear Him later.

But when you cooperate with Him, your whole life will start to change for the better. You will be blessed and take full possession of your health birthright.

Remember, this Earth is ultimately not our home. All who name the name of Christ has a mission from Jesus:

Whether you are a formal minister or not, you have a responsibility to share the good news with those God has brought into your life. People pay far more attention to what you do than what you say.

P.S. When it comes to weight loss, do you often know what you should do but have a hard time doing it?

I struggled with this issue on my own weight loss journey, but I discovered that “Nothing is different until you think differently.” – Pastor James MacDonald

The value of the Take Back Your Temple program is that you will learn how to think differently through using Biblical keys to overcome obstacles. You’ll discover how to win the Spiritual and mental battle that often causes us to become inconsistent and get off-track on our weight loss journey.

Join a community of like-minded Christians losing weight and keep it off.